I'm back in blogosphere!

Hello, my lovelies! If you are checking in - welcome! I have now moved to my new blog, My Little Writing Place.  Please come and see me there, here's the link:

Hope to see you there!
Posted by Len Lambert at 13:33 No comments:

I've moved to a new blog...please come and say hello.   Please click  HERE.  It will really make me TRULY happy if you follow me there as well!

My Blog Critique is up at Laura's

Hello everybody!  Laura has critiqued my blog! Yay!!!! (Sorry, Laura, I can't help it, I've got to use the exclamation point, LOL!)

Please head over and see what Laura has to say about Conversations with Self, what's good about it and what I need to change from a marketing perspective.

My attempt to be funny

Are you still there?  Hope you are.  I haven't disappeared.  Just really didn't have anything to say since Christmas.

A friend told me awhile ago that I don't post much about my writing.  I do, don't I? I don't?  Really?  Okay, to prove you wrong, I'm posting a writing exercise that I've done with a writer friend quite recently.  I have never tried humour before and she insisted that I should.  She gave me two sentences - one to be used as my beginning and the other as my ending.

Here are the two sentences:

It worked a treat, stopping for tea
The thought made her itch

Here's what I came up with:

My Nanny Knickers
by Len Lambert
It worked a treat, stopping for tea.  But it sure added at least two inches to her waistline.  She starved herself to death for a week to lose weight and now probably gained twice as much as she had lost in the last seven days.
Katie wanted to look good again for Pierce so today she bought six new pairs of G-string in different colours.  She had decided to try one on and now she looked at herself in the mirror.  Not bad, just a few more pounds to lose.  Tummy still bulging.  Hmmm.  Of course, she had just gulped down fish and chips at Lisa’s.  Must lose more tomorrow by not eating besides carrots.  That would do the same trick.
In the drawer, she looked at her old nanny knickers which almost went up to her chest due to their size.  But she must admit, they were comfortable.  She had gathered them altogether so she could throw them away.  That cleared her drawer, making room for the G-strings.  But she needed more so she promised herself to get a few more pairs at lunchtime at work.
Katie sniffed and sneezed, this cold she couldn’t shake off for three days now.  She went into the loo with all her old knickers.  She blew her nose in a tissue and sneezed once more.  She looked at her colourful nanny knickers.  Why am I feeling so gloomy over these?  They’re only knickers for Pete’s sake.  After a good few minutes looking at them, she folded them altogether and chucked them in the bin.  Once again, she looked in the mirror and pulled a face at her reflection.  She was never satisfied with her weight.
When she returned into the bedroom, her six-year old daughter Emma sat on the bed, scissors in hand.
“Mum, why are you walking around in baby knickers?  Don’t you know they’re way too small for you now?  You know that, don’t you?”
It was only then that Katie realised that she was still in her G-strings and a T-shirt, nothing else.  It took a few more seconds for her to see that Emma was holding scissors!  What was she doing with scissors?
“They’re too small for you, Mum, but too big for Barbie so I’ve got to make them smaller to fit her.  You don’t mind, Mum, do you?”  Emma turned to look at her mother waiting for an answer but Kate just looked with mouth open, taking in what was happening.  Her new G-strings were cut in small pieces on her bed!
Without saying a word, she ran back to the loo and grabbed the rubbish bin under the sink. But as she crouched low, she felt the sharpness of the strings slice like a knife!  But something was more important.  She pulled her old nanny knickers out of the bin only to find out that they had gone all gooey with all the tissue and her own mucus stuck on each of them.
“What am I supposed to wear tomorrow?”
She stared at the sickening sight in front of her.
How am I going to wear these again?
The thought made her itch.

I write MG and women's fiction and have never tried humour.  This was honestly the first time.  And I am open to all kinds of criticism, as long as it is not rude.

Tell me what you think.  Have you tried writing different kinds of genre?  I'm still trying to find my voice in my writing.  I know that soon, I will have to decide what to focus on.

If you aren't published yet, have you found your "voice" in your writing? If you are a published author, did you try different genres before settling on one specific genre?
Posted by Len Lambert at 13:45 10 comments:

Happy Holidays to all!

To all my friends, I will not be blogging from today until after New Year.  A very Merry Christmas to those who are celebrating and the Happiest New Year.  Most of all, I wish everybody peace, prosperity and health.

Hello! It's nice to have you here! In case you are wondering, my blog title was inspired by a childhood memory - I used to talk to myself in the mirror when I was a little girl. I had imaginary friends, too. I even talked to geckos and count their 'tsk.tsk.tsk' and convert them into syllables to form words. Now, not only do I talk to myself...I write all the 'talking' too!

Thank you for following :)

Len Lambert
United Kingdom
This is my writing cave. My short story, Discovering the Gift, is included in the From Stage Door Shadows anthology, released in 2012. My current WIP is called "Where the Sky is Bluer". 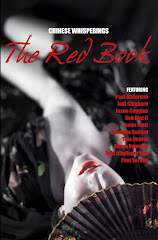 Theresa Milstein's short story, Allured, is included in this anthology 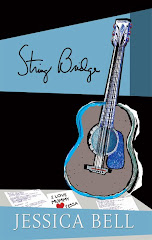 Build a Man by Talli Roland 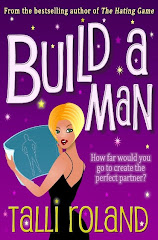 The Memory Keeper By Lisa Stowe

My Blog Favourites and Links